May 29, 2013 QuickTake:Financing Updates & Save the Dates
“The light just dawned for renewable energy developers. The IRS has clarified the rules for earning the applicable production tax credit (PTC) based on the electricity produced and sold, or the 30% investment tax credit (ITC) based on the qualifying project costs. This issue of Quick Takes covers what “begin construction” signifies and means for that purpose, and also explains why preference in allocations of New Markets Tax Credits (NMTC) is given to Georgia, as well as Alabama, Arkansas, Florida, Idaho, Kansas, Nevada, Tennessee, Texas and West Virginia. The prospects for “monetization” of tax credits, for renewable energy projects and qualified economic development projects, have never been brighter!”

Quick Takes Alert: Projects – Money Comes Knocking
If opportunity doesn’t knock, build a door.” Milton Berle.
Don’t worry, Uncle Miltie. Money is knocking at the door. But you have to actually open the door, or build one. The February 2013 issue of Quick Takes will tell you how. Download the complete issue now. Meanwhile, here is an Alert to some of its content.

On September 28, 2012, the President signed S. 3245, which includes a three year re-authorization of the EB-5 Regional Center Program through September 2015. A foreign investor who invests, through a Regional Center, at least $500,000 in a Targeted Employment Area (TEA) and, within a certain time (usually 2 years), creates at least 10 direct and/or indirect jobs, can obtain a temporary “green card” that opens a path to permanent residency. An individual offering is conducted for each project, with amounts raised ranging from a few million dollars to hundreds of millions of dollars.

On January 2, 2013, the President signed into law the American Taxpayer Relief Act of 2012. This Act was known mostly for postponing the “fiscal cliff”, but it also did some good things for the NMTC program:

The American Taxpayer Relief Act of 2012 also extended the availability of the electricity production tax credit (PTC) for qualifying renewable energy facilities that “start construction” (not defined in the Act) before January 1, 2014. This extension also preserves the owner’s option to elect the electricity investment tax credit (ITC) in lieu of the PTC.

In addition, this Act also extended the 50% “bonus depreciation” for qualified property (includes most renewable energy property) that is acquired and placed in service before January 1, 2014.

For manufacturers of a range of clean energy products, $150 million in tax credits were made available on February 7, 2013.

March 2012- Quick Takes: Time Running Out on NMTC & EB-5
The CDFI Fund reports that, since the NMTC Program’s inception, the CDFI Fund has made 664 awards allocating a total of $33 billion in tax credit authority to CDEs. The impact of the investment that has been made in low income communities because of this cannot be overstated. In the same vein, I estimate that the EB-5 immigrant investor program, just over the last 7 full fiscal years and FY 2012 to date, has accounted for at least $3 billion in investment in targeted employment areas. For that period alone, at 10 direct or indirect jobs per $500,000 in investment, this represents 60,000 new jobs in rural areas and areas of high unemployment. Yet both of these programs are facing pressures- from pending expiration of statutory authorization, from NMTC allocation that is quickly to be run dry, and from potential oversubscription for the available EB-5 visas for the first time ever. This issue of Quick Takes offers more information on these programs and what do to about these pressures.

September 2011-Quick Takes: “Section 1603 Grants” for Renewable Energy Projects: Take the Money and Run!
A Section 1603 grant will pay up to 30% of the cost of specified energy property in a renewable energy project that produces electricity (biomass, municipal solid waste, solar, wind, geothermal, marine, or hydrokinetic). Not only that, in many cases it is possible to “monetize” the grant, using “bridge bonds,” and obtain funding for construction, instead of waiting for the grant to be paid after the project is placed in service. These proceeds can also be used to leverage New Markets Tax Credits (NMTC) funding. Both of these techniques can be used to reduce the amount of developer equity needed for the project. But a variety of requirements and deadlines are close at hand, so it is important to act now! This issue of Quick Takes explains these and other implications of this valuable program under the American Recovery and Reinvestment Act of 2009 (“ARRA”). It also contains a “Deadlines and Guidelines” section with important “how to” information.

August 2011-Quick Takes: New Regs, New Rush- Finance Your Renewable Energy and Solid Waste Disposal Projects Now!
Good news in the renewable energy and solid waste disposal space! After almost 10 years, the IRS has finalized its regulations on solid waste disposal bonds. This is hugely significant if you have a renewable energy project, like biomass to electricity, or a solid waste disposal project, like tire recycling. This issue summarizes the significant changes, and also provides a more detailed analysis. It also sounds a note of urgency in proceeding with project finance deals. A this-year deadline applies to using a “Section 1603 grant” as part of your capital stack. Also, these new regulations mean more tax-exempt solid waste disposal bonds will be issued, which means that those who wait may suffer from diminished availability of the necessary federal “volume cap”.

June 2011-Easy Equity- the NMTC and EB-5 programs
Companies that need capital for their projects, and communities that want economic development or need to finance infrastructure, should seriously consider whether funding from two key programs work for them. The New Markets Tax Credits (“NMTC”) program is a source of financing for projects from domestic investors motivated in part by access to federal income tax credits. The EB-5 program is a source of funding for projects from immigrant investors motivated in part by access to permanent residency in the United States. This issue of Quick Takes explains how these programs work, gives the basic rules for when a project qualifies for them, outlines how to access them, and describes how the EB-5 Regional Center process works.

November 2007 – “Credits/Schmedits!- How do I get incentives that mean something?”

February 2005 – “After the Inducement Resolution: Now, How do I Get These Bonds Sold?”

February 2004 – “Incentives That Matter: Would You Like Freeport With That?” 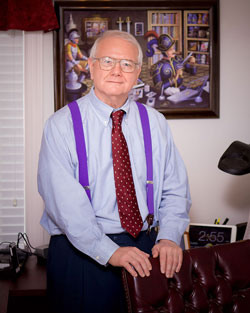